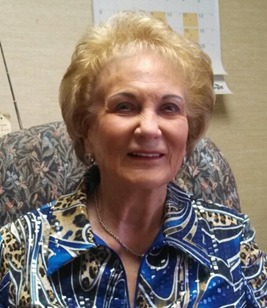 "The Queen of Cotton" 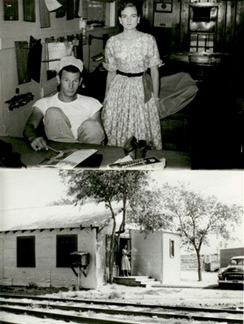 Louise Hicks, owner of Consolidated Cotton Company, has traded a bale or two during her time in the cotton business.  She has seen fortunes made and fortunes lost, 10 cent cotton and two dollar cotton.  Listening to her give an account of events was enlightening and hilarious at times .  It was an honor for us to sit with Louise Hicks and we appreciate her time.  We condensed this down, and probably won't do justice for all of the stories.  But she notes that not all stories were "approved for publishing."  If you want more, just give her a call and she could provide many more!

While eating at Eddy's Cafe downtown, Mr. Marion Sharp convinced his waitress that she was too nice of a girl to be working there and she ought to come to work for him in his cotton office.  This would be the beginning of a storied career for Mrs. Hicks in 1947.  She spoke of traveling to Dallas for the first time at 19 years of age and seeing the folks of the Dallas Cotton Exchange where "everyone dressed real fancy" and there was a "great little drugstore at the bottom of the building."  From there, she paid her dues and learned the ropes working at various offices such as W.D. Harvey, Plains Compress, PCCA, Bill Roberts, Walter Grammer, and Cecil Stubblefield.

Venturing out on her own, the Louise Hicks Cotton Co. was established in 1978.  She paid $250 to buy the name Consolidated Cotton Company the following year, which she has operated for the past 35 years under, from Mr. Grammer who had developed Parkinson's disease.  Mrs. Hicks says she is forever grateful to Buford Bray who was instrumental in helping her effectively set up and manage her newly acquired business.  Mr. Bray would come by and check the books each month to ensure all was well.  She fondly remembers the day, when he told her things were going well and to go buy a new car!  She said that he was such a nice man who was always helping people.  And that is something she has tried to do during her time in the business as well.

When asked to describe a few highlights of her career, Mrs. Hicks proudly discussed being the first woman to become a member of the Lubbock Cotton Exchange, which occurred in 1980 under the LCE leadership of JL Brett.  She mentioned attending the ICA dinner and sitting with distinguished members of the trade in Liverpool.  She also laughed regarding the many foreign customers that earned a "Texas Driver's License" while being taught to drive while in Lubbock by her family.

Life was difficult for her growing up in the Dust Bowl days.  But she feels extremely fortunate to have been given an opportunity in the cotton industry.  "Cotton has afforded me and my family the best life I could imagine," she said.  Mrs. Hicks is extremely proud of her family including her late husband, Alfred R. Hicks, and children Randy and Lori.  her advice to others is "you learn by doing because experience is the best teacher."

We appreciate the time afforded to the Cotton Exhange by Mrs. Hicks.  If you are a buyer, look forward to seeing many more recaps come across the fax machine from the "Queen of Cotton."